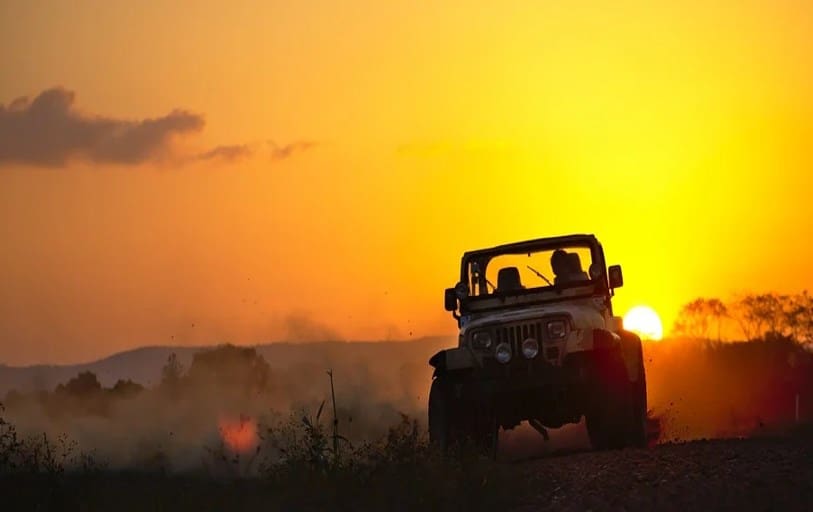 Off-roading has become one of the most popular motorsports now. A lot of individuals take interest in off-roading. Basic questions that come to mind are: What is the primary purpose of going off-roading? And why do people always attracted to off-roading? What is the exact point of off-roading?

People go off-roading because they want to feel nature and relieve themselves from the stress augmented by plastic society. The adventure and the curiosity are the main pillars to go off-roading. The occasional off-roading gives you that charm, energy, and the alacrity to live life and push its limit.

The major factor which drives humans to go off-roading is the curious nature of humanity. Man is curious about nature and wanted to debunk secret places where no one lands ever before.

Few people always love to explore places, where everyone wonders whether it is possible to reach these destinations. Mostly these types of places are remote places which are far away from the busy cities. These places provide a serene environment for the tourists, so off-roaders mainly enjoy the view of these lush green fields while driving their jeep.

Following are the major reasons, which compel humans to go off-road. Human nature is always curious about nature, and this is the reason which persuades man to go off-roading. Off-roading can be considered a challenge for the driver as it is not easy to drive through many hurdles or terrains that can cause deadly accidents.

The popularity of Off-roading amid COVID-19:

Off-roading is a splendid way to unwind unknown places that impart a magnificent impact on the human soul. Because of the COVID-19 pandemic, though every other activity is halted, off-roading becomes popular. When automakers observe this popularity, they change their business perspective by investing in the manufacturing of off-road vehicles. They have reacted to the increase in popularity by offering a wide variety of capable off-roaders.

Enthusiasm Urges to Explore the Outdoors:

One of the main purposes of going off-road is to enjoy driving vehicles through mud and dirt through rocks. If a person conflicts with this statement, he is surely a dead soul. Humans have the intangible desire to explore unknown areas of the world, which always proves beneficial for our society.

Off-Roading As A Hobby:

For millions of people, off-roading can be regarded as a beloved hobby. There are so many many ways to go off-road, so it depends upon the personal instinct of what you love to do. Some people love fording the river, and they love to do this, and most of them are attracted to dirt tracking and driving through rough terrain.

How Off-Roading Becomes a Lifestyle?

Thus off-roading plays a major role in many people’s lives as they are inherently connected to this activity. Off-roading lifestyle is simply about going outside, but it is mostly about visiting places unknown to a common person. Through off-roading, you can connect to your friends, family and can make long-lasting memories. It is simply about sharing the experience and passion for jeeping and off-roading.

Why People Want To Go Off-Roading?

Most people develop an interest in off-roading by observing others. When they see their competitors enjoying this activity, they also wanted to enjoy this as well. People do not enjoy off-roading merely as spectators, so they want to enjoy this by doing it physically. Off-roading can be regarded as great fun for many people; they relish every bit of their journey.

Before deciding to go off-roading, it is deemed necessary to select a suitable vehicle for their journey, which provides them compliance during their journey. When you are approaching woods in your car, the first thing you experience is a sense of amazement. The view from behind of your car can look wild. In this case, you must not stress, and you should focus on your driving.

People usually get to see such fantastic views of mountains, lakes, canyon, plains, etc. For many street drivers, it is impossible to get the sight of these wonderful places in their life. There are several reasons which compel people to go off-roading. In this review, we will break down those reasons, which are the initial stimulus for going off-road. These reasons are as follows:

Off-roading destinations are often located in remote areas, where there are no signs of modern technology, even some areas lack cell reception. It is better to stay away from a cell phone while driving, as driving through rough areas and dirty tracks are not very easy. It requires proper attention and focus on passing through obstacles you face on the route. Off-roading provides an opportunity to get connected with your friends and family without any distractions. The sere environment always brings a positive impact upon the human soul.

Off-roading provides you an opportunity to get in touch with nature, which is the best way to heal yourself. According to Harvard Health Publishing, the Level of blood pressure and cortisol can be decreased by spending time outdoors as it positively impacts your mind and soul.

According to some studies performed back in 2015, after walking in nature for just 90 minutes, participants observed a lower rate of activity in the prefrontal cortex component of the brain. This area is inclined to repeat and reside on negative emotions. Off-roading is a splendid way of relishing nature and reaping mental health benefits.

Read: The Real Significance of Off-Roading

Once you overcome this issue and escape your family and yourself from the danger zone, this experience will enrich your problem-solving skills.

There are many advantages of the highway as it makes the journey comfortable and safer and reduces fuel consumption. This table depicts the factor which makes off-roading so freeing. Off-roading is not restricted to one terrain, the destination of off-roading depends upon a person’s aptitude. Some people love to drive through rough terrain, and on the other hand, many of them love to drive through rough tracks. You can not cross the border of your country while off-roading as it is against the law.

Selection Of Vehicle To Go Off-Roading:

The defect in the vehicle’s functioning can cause you to lose control abruptly, and it would prove to be deadly dangerous for you and your family. You must protect your vehicle from defects before going to ride; otherwise, it can cause serious injuries.

The selection of a vehicle depends upon various factors such as the quality of the vehicle, estimated distance from the final destination, and the vehicle’s capacity. After considering these factors, you can select a vehicle to go off-roading. You can select any vehicle, which is capable of driving on and off rough terrain.

For those vehicles which hold long tires, a flexible suspension can be selected for off-roading. The best off-road vehicles which you can drive are as follows:

A set of 32-inch tires can be the best upgrade for your light truck or SUV if you are planning to go off-roading.

You must adjust this tire pressure because anything below 15 PSI can prove to be deadly dangerous for your vehicle to get crash.

Tire chains have the edge over tire cables because the chain offers better traction and longer life. Tire chains are much more corrosion-resistant.

Impact of Off-roading on Environment:

Off-roading can damage native plant life by churning up the soil and aiding in the spread of weeds. According to a Montana State University Extension Service study, one dirt bike can distribute 2,000 seeds over a 10-mile (16-kilometre) radius.

Off-roaders must take care of forests as it is against the law to tear up forests and meadows just for your satisfaction and enjoyment. Tearing up meadows can deprive wildlife of their habitat and causes them to be extinct soon; that is a major concern. It is also blatant that off-roading imparts a negative impact upon deserts. It is very important to recognize this negative impact and take steep steps to save nature.

How off-roading is fun?

Off-roading riders go into giant puddles, up curbs, over logs, through ravines, and pretty much anyplace you want to go. Some people get their kicks going super fast and enjoy the whole day. Millions of people in this world want to be different from others, so to look different and be praised, they do such activities.

Undoubtedly, the construction of modern highways has made lives more accessible, quicker, and safe to move. Still, it has also taken away our taste and connection to wildness and a sense of adventure in our lives.

When pioneers wanted to go somewhere in any part of the world, they had to beat their paths through untouched lands. A sense of accomplishment makes you more energetic to overcome mother nature and its obstacles. Off-roading provides you with a chance to leave the city, get dirty and conquer things put in your way, and wandering on untouched lands gives you a feeling of how beautiful nature is and where human beings originated.

There are various categories of off-roading; as I have told you before, I,e Mudding, rock crawling, over landing, hence off-roading is not limited to one terrain.

What is an off-road vehicle?

An off-road vehicle is any vehicle that is capable of moving on an unpaved or gravel surface. It generally consists of large tires having very deep and open treads to grasp the unsmooth land.

Off-road vehicles are exceptional and enthusiastic for their following due to their versatility. For instance, several types of road racing vehicles,

There are also several types of off-road vehicles used in military movements. As you know, the military uses different types of weapons and almost keeps moving in hills, deserts, and seasides, so they need such vehicles to perform efficiently.

No doubt off-roading is fun, but there is also a significant dark side with it. Even if you follow all the preventive measures while driving off-road, it cannot save you from the mishap. Each year hundreds of people die in fatal off-road crashes. A study has proved that a two-wheeled vehicle is safer than four-wheelers in off-roading riding and racing. Sand dunes, rocks, and unpaved surfaces often lead to failure to control cars, which causes to throw the rider off the vehicle, resulting in several injuries and even death to the rider.

One of the most significant dangers of off-roading is being ejected out of an off-road vehicle. Riding off-road ATV is more dangerous while driving on a paved road. The only thing that can save you is the precautions; anybody who follows the instructions may protect himself and others from dangers. The danger of off-roading is variable for the vehicles as it depends upon the type of vehicle being used. In the case of the car, off-roading is not very dangerous, but it is not entirely safe. You can face risks of rollovers, fires, and crashes, but you can prevent these risks by taking proper precautions.  For example, you can prevent crashes by going at average speed. It would be best if you took a fire extinguisher with you, which can put out any fire at any time

link to How Much Do Off-Road Tires Cost? Regressive Analysis

In off-roading, if there is one thing other than the power of the engine that plays the most pivotal part in your vehicle movement. It is the ‘tire’. Tires allow the vehicle to find the required... 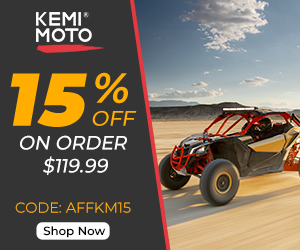 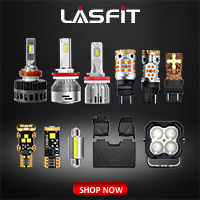 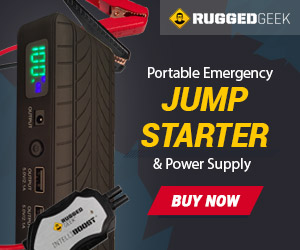